[Paperback copies of Shooting Genji  and A Little Too Rambunctious can be ordered on Amazon or at Ingram.com.] 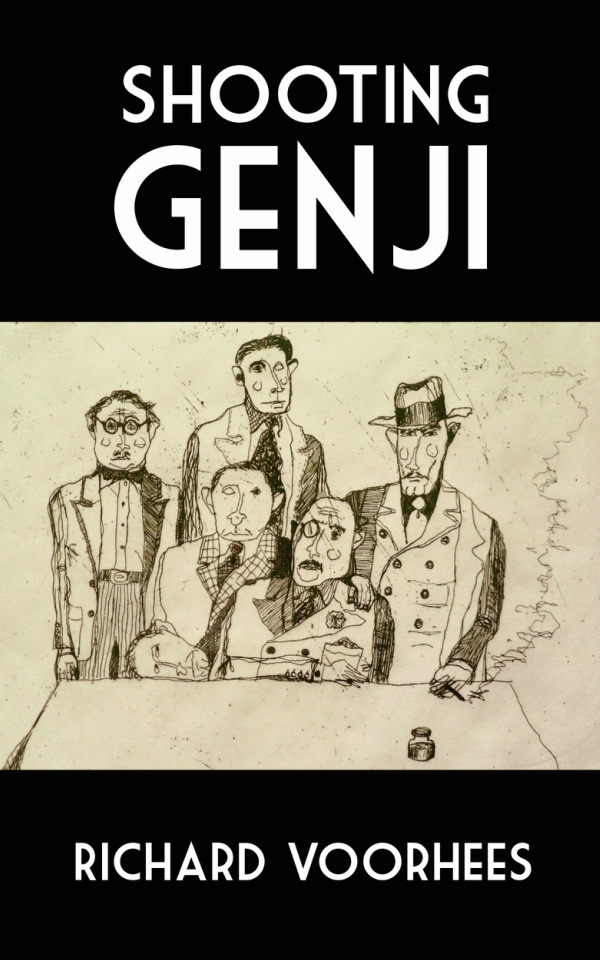 Shooting Genji is a noir romance that careens from the Crash of 1929 in New York to the early Talkies in Hollywood. As a young rube, the story's protagonist falls from a ladder, leaving him practically blinded by daylight. Nature makes it up to him, though, by giving him shockingly good night vision. Countless shady careers beckon, including working for whiskey smugglers, Wall Street cons, and Hollywood scoundrels. All-too-late he discovers he’s still the guy in the dark; but there's hope yet. An alluring lady from Shanghai could be his undoing or his salvation.